“There is only one difference between a madman and me. The madman thinks he is sane. I know I am mad.” – Salvador Dali 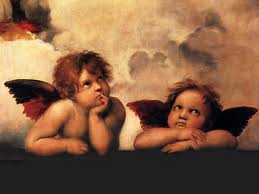 As you can read in the last blog post, VOLCANIC VISIONS AT MT. SHASTA , getting our three person dream team to the dormant volcano meditation spot at Mt. Shasta turned into an ordeal like a comedic AMAZING RACE episode.  For the first time on these angel guided events I am late for the 1:11 binary planetary meditation appointment at a volcano, worried if the angels are still here.

Out of breath in the thin mountain air, I scramble onto the cracked asphalt plateau and hear angels laughing at our misadventures.  My stress fades into hoots of joy.  Cali and Chris hurry up the trail to join me.

We place the last of the sacred objects, that Cali and I had each been gathering for decades without know why, upon the old ’91 Saab.  Cali pours water we had taken from the Soda Creek into three depressions on the rusty turned over bottom of the car.  At last we were ready.

Chris, Cali and I join hands and begin to meditate, to call in the angels.  As soon as the first “Ohm” leaves our lips I see two powerful angels spin

the heavy old wreck like it’s light as a feather.  Faster and faster the angels spin the old

Saab.  The wreck begins to glow as it bores into the earth.  The drill the angels have made of the Saab cuts through the earth like a hot knife through butter.  In less than a minute the angel drilling team reaches the earth’s core.

Three beautiful female earth angels, that seem Native American, protect each of the human dream team with a shield of golden energy that crackles and sizzles in the fresh mountain air.  Glowing white steam of shoots from the Saab’s drill hole, bursting through the clouds and intersecting with the rainbow.

magma energy for the DreamShield — the spinning circles of bright energy that ignited my first angel powered vision in Italy back in May — releasing volcanic pressures all over the earth.

A great chorus of angels sing what sounds like a Native American chant to keep the energy flow going.  The heat is so enormous I see the volcano shimmer in the mountain air.  If not for the three angels shielding us our dream team would evaporate.

Satisfied, the angels reverse the spin of the old Saab, raising it up and away from the earth’s core, upwards though the layers of rock, crystals and oil to the surface where this all began.  The angels release the ancient wreck from it’s mighty task and vanish.  Our “ohm” chant ends and the column of magma turns to steam once again and sucks back into the earth with a loud rush of air that almost pulls me into the vortex as the vision fades and reality returns.  I am cold I realize.

Our team breaks hands and I take a deep drink of Mt. Shasta water from my bottle. “I’m beat.  Usually I feel energized after this work,” I worry out loud.

“That’s because we are not done with the work!” says Cali, eyes twinkling in the afternoon sun.

ENCORE FOR THE ANGELS 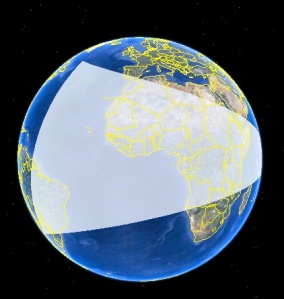 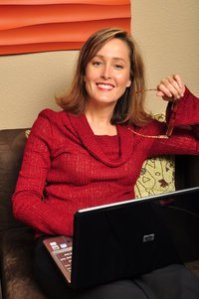 Cali plucks stones from the wreck and jams them into fissures in the reddish purple asphalt looking plateau.  I help her place sticks and flower petals into the wounded surface.  Chris is gazing at the volcano’s top that swirls with clouds.  The mountain peak looks from this angle very much like the profile of the old Native American who had led us on a wild goose chase earlier.

Chris, cynical about New Age stuff, seems to be doing all this work to please his spiritual wife Cali.  But, showing signs of awakening, Chris has been surprising me all day with the angel imagery he spots.  And Chris surprises me once again when he suggests we fan out in a wide triangle.

Chris perches himself on a mound of earth.  And, looking a bit like Moses in the fading sunlight, Chris reaches out his arms to Cali and me below.  The connection I feel between the group re-energizes me.

A triangle of energy forms between our three person dream team that flows with the same blue angel energy I was first flooded with in Italy.  The triangle is nature’s strongest geometric form and our trio’s triangle now pulls energy down from the DreamShield spinning high above the earth.

I’m stunned as a pair of red triangle frames form over my eyes to aid my vision.  The heavenly spectacles allow me to see earth from space.  I gasp as a healing tremor ripples across the entire planet in a triangular shimmering blue wave.  Fissures slam closed deep within the earth.  Unbridled tectonic energies, visualized in movies like “2012” to rip the planet apart in 2012, are slowed to normal.  The blue triangle spreads out, overlapping upon itself to heal the weary earth.

I look up a Chris on the mound, the non-believer still looks like Moses his arms outstretched, giving us his all.  And then, as Chris lowers his arms the work is done and the vision fades along with my heavenly spectacles.  But I know these magical glasses are an angelic gift I’ll be using many times in future planetary meditations with the angels.

“Wow…” was all I can softly say.  I stand tall,  completely re-energized and let loose a “Yahoo!” that echoes in the mountain air.

Later, over lunch at the Black Bear Cafe in town, Chris seems to have returned to being the cynic.  He’s

mildly annoyed by Cali and I recounting our spiritual adventures of the day.  Since we are only half done with the Mt. Shasta planetary meditations, still two more to go, I am still hoping Chris will realize everything created on this planet starts first as thought, including us… for what is love but a thought?  And are we not all born from that moment our parents first met and thought, “Wow, I really like this person!”

My cell rings before we can discuss this further. It is Lee McCormick, a country western singer out of Nashville and head of Spirit Recovery, a DreamShield sponsor. In fact, Lee’s being in Mt. Shasta on these dates is the reason we took this trip in the first place.  Chris asks to be dropped off at the Dream Inn to catch up on emails, this was a week day after all. So after we let Chris off to do some biz, Cali and I head over to meet the musician and spiritual guru, a powerful shaman, the amazing Lee McCormick and his dream team from Nashville.

One thought on “ANGEL DRILL TEAM AT MT. SHASTA”