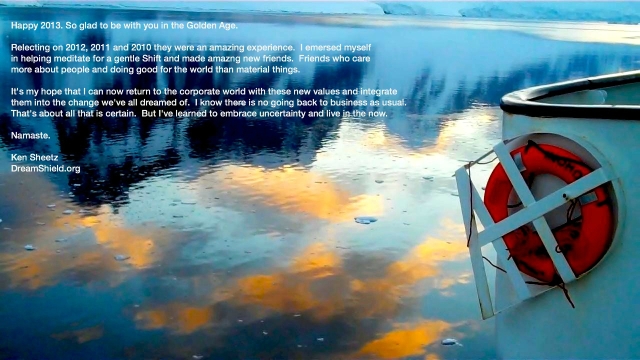 The most amazing part of my Antarctica trip is yet to come, when the changes we meditated about begin to take place in the world. – Ken Sheetz

So when last I left you I was stuck in the Buenos Aires airport, ready to be deported in 3 hours if I did not come up with $160 for the 10 year travel visa fee.  Normally, with all the fans of my work, family and friends, $160 is a non-issue.  All my cards were maxed out getting down here.  I cursed myself for such crazy planning.  All the work of getting down here blown over $160?

Then a Copa airline agent came to my rescue.  She escorted me to a departure area of the airport where I had internet.  Now, my mother’s insistence I get that new Apple power cord talked about in the last blog was suddenly a Godsend.  But I was 5 hours ahead of LA.  At 6AM Buenos Aires time that was 1 AM back in my fan and film friend base.  2 AM in Vegas and my mom has no concept of PayPal or computers.  So thought of my 75 year old stepmother, who I had taught to web to in Wisconsin.   I waited a bit had a coffee and called my Step mom, Jackie, a sweetie, a 5 AM Wisconsin time.

Well, at 5 AM Jackie is not such a sweetie.  Who would  be?  And as it turned out she was having a rough time with her internet in the remote area of Bear Hole Road of Jefferson.  Jackie was a bear when I suggested she make her way to town an hour away.  Sensing I was going nowhere and Jackie was just getting upset I decided to call on my lovely client and ex girlfriend Karen Kennedy.

Karen is a jogger who rises early to run along the Chicago lakefront before she heads to her beautiful salon in the former Sears Tower.  Karen was still in bed at 5:30 AM Chicago time when I called.  But she’s a world traveler and understands the pinches one can get into.  Karen happily agreed and has a PayPal and I instantly had my money to enter Argentina without being deported.

But after finally passing through customs a was overcome with exhaustion.  The flight was 36 hours and then the crazy 3 hours of raising travel visa money and the stress caught up with me.  I went to the baggage area and only one of my two suitcases had made it to Argentina with me.  The other went to my original destination of Rio.  Well, at least part of my energy made it to Rio

I wandered the airport like a zombie.  I had no hotel reservations and only about $60 in cash.  I found an airport cafe and booked a room for one night at what Bookings.com said was a bed and Breakfast.  I had no idea of what the exchange rate was for the hotel or what I was paying.  I just was looking for a place to crash.

After brunch I went to an airport rest room and put on some fresh clothes.  I figured if I was going to get started in Buenos Aires without much cash I should look my best.  This had been the toughest pack of luggage in my life.  It was a humid 85 degrees in Buenos Aires and I had to dog through the sweaters and warm clothes I had packed for Antarctica to find a nice pair of shorts and clean shirt.

I went out to the taxi stand and checked the rate to get to the bed and breakfast called Hotel Plaza Central Canning nearby.  I now only had $35 US and no one wanted to take me for less than$50.  The last time I traveled the dollar was strong.  Now it was a weak as I was for lack of sleep.  I went back in the airport and tried to do some crowd funding.  But it was still early AM in LA and a weekday.  Not crowd funding prime time.

I was so tired I joined a band of stranded travelers sleeping next to an airport pedway sleeping on a marble slab.  Now, you’d think a marble slab could not be comfy but you’d be surprised when you are ready to pass out.  I slept for I don’t know how long and awakened in a stupor.  Totally disoriented I peered open my eyes seeing people floating past me.  “Am I in heaven?” me fevered brain said.  Then I remembered where the hell I was.  I headed back to the airport cafe and even a strong Argentina coffee could not resuscitate me.

Then an angel said, “Get out of the airport.  It’s a vortex and it’s energy is a trap.”  I swear if not for learning to listen to spirit I would have reported myself to airport security to have me shipped back to US as a nut job.  But I listened.  Again the horde of taxi drivers descended on me.  This time I found a guy who would take $35 to get me to the bed and breakfast I had booked.

As the taxi left the airport I felt the confusion and craziness of the vortex pass.  I was thinking clear and wide awake.  The angel had been right.  But the driver was getting lost finding the city of Canning and I was getting a weird vibe.