“Love is the bee that carries the pollen from one heart to another.”
― Slash Coleman, The Bohemian Love Diaries: A Memoir

Kyle finishes his afternoon classes in a haze.  He stumbles up the hallway and bumps into a jock.

“Sorry.  I volunteered for a virtual reality thing and I’m…” says Kyle as he’s shoved into a locker by the jock. 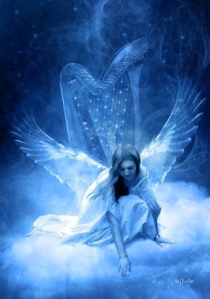 “Wait, did you say virtual reality?” said the jock, his interest softening him instantly.

“Not as much fun as you think,” says Kyle, rubbing his sore shoulder.

“Why not? Name’s Bud, BTW,” says Bud, new respect in his earnest eyes.

“Thought it would be like video game for real, but it’s not like I am myself, ” says Kyle.

But the jock’s humor is lost in Kyle as he adds, “I lose ME.  It’s like I’m totally someone else.”

“Dummy.  That’s why we play video games.  After getting beat up in playing football I love getting lost in my video games where I can’t be hurt,” says Bud.

“That’s the thing.  In this virtual reality you smell, feel and hear everything!”

Three jocks passing in the hall are shocked the star quarterback of the football team is talking to a nerd like Kyle.  One of them shouts, “Joining the debate team, Bud?”

Bud just flips them off as he continues talking to Kyle, “Any hot chicks in the game?”

“It’s not a game.  I don’t know what to call it.  But, yeah.  This ice fairy named Antarcticania saved my life.  She’s disguised herself as peasant girl to Zylph, who’s clueless she saved his butt from the green dragon,” says Kyle, rubbing his head.  These memories are painful.