Can you feel it? America is having the saddest 4th of July weekend ever.

Most of all we Yankee Doddle Doers are sad to be leading the developed nations, and many of the undeveloped nations of the world, in the outbreak of Covid-19 and resulting deaths. And for reality deniers like our divider in chief, the 19 stands for 2019, the fateful year when the corona virus that would knock America on its fast food inflamed fat ass like an asteroid strike hit. Only this asteroid hit is like watching an amateur soccer match at 1000 frames per second.

My heart sank Friday night as I watched the Trump speech at Rushmore on FOX NEWS. Basically, Trump took a page from one his favorite books, this according to Ivana’s divorce testimony, MEIN KAMPF. Watching Trump insanely trying to link Mt. Rushmore to the protection of Confederate statues, erected as a hostile subjugating message to African Americans during the Jim Crow and anti-civil rights eras, was physically and spiritually nauseating. Perhaps knowing he’s lost the elections — if it’s done legally — Trump’s speech, surely written by White Supremacist Stephen Miller, sought to drive a wedge of lies deep into the hearts and souls of his far-right base proclaiming, “If Trump can’t have America no one will!” 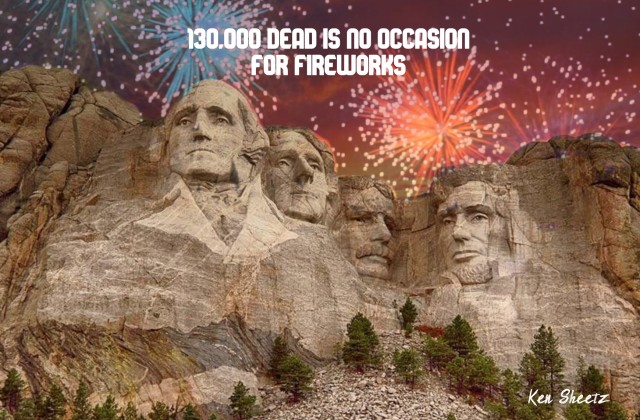 As I dictated pained observations into my phone recorder, while the crowd of unmasked super spreaders cheered, my wife Elizabeth did financial reports for film funding magicians FROM THE HEART PRODUCTIONS, while keeping half an eye on Trump. Alas, such multi-tasking is not possible for me. It was then we both noticed Trumps makeup had more gold coloration in his bronzer than usual. 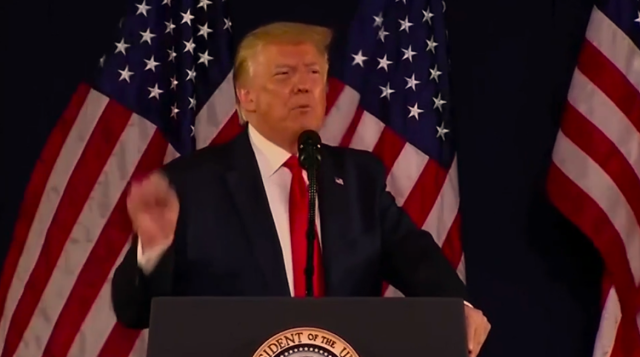 I sighed to Elizabeth, “Trump’s made himself into a golden god for his peeps. How I wish his brainwashed and conned fans could see he’s more like the golden calf false idol in the Bible that the lost followers of Moses fell for.” And the more I thought of it, the more I could see the sadness of what’s happened to the evangelical and New Age community can be likened to worshiping that famed false golden calf come to life. And a fatted calf at that.

A little background how I got here. I’ve enjoyed the New Age movement since writing a screenplay back around the turn of the millennium for a pilot called EVERYTHING I WANTED TO KNOW ABOUT LIFE I LEARNED FROM SITCOMS.  The sitcom, written with my fiancee of the time a successful Canadian filmmaker and one of the top ten line producers in Hollwyood, centers on my fictional creation Dr. Robert Trainer, an alternative medicine hypnotherapist who sends people into old TV sitcoms to role play with the greats of black and white broadcasts that live on in our collective consciousness. TV and radio waves from these old shows is even now rippling out into deep space and they, for good or ill, will be some of the first images of use received by alien cultures of who we are.

Unfortunately, the bound to be a hit pilot we wrote never got off the launch pad because the networks deemed it a rights clearance nightmare. I argued it would be worth the trouble, but Hollywood’s elite are not into debates. As it turned out my study of the New Age movement did peak my curiosity in the Shift as it was called back them and its eccentric and beautiful people. Several years later I became fully exposed to the New Age community firsthand in in my film work during the depths of the Great Recession of 2008-2012. It was then that I made some real life New Age friends while filming some of the top players LA’s spirit community. I liked a lot of what they said about the future we were heading.  Ah, those were the good old days. Today the New Age community like the rest of America is split into Trump supporters and those of us how feel we are holding to the original values of a better tomorrow for everyone regardless of race or creed.

Eventually, I had my own New Age awakening while on film assignment in 2010 in Italy. I swear there was booze or drugs of any kind involved when I saw three angels that fateful May 5th. These were 7 foot tall blue ET angels to be precise.  This power and majesty that’s never left me in awe, all happened before my eyes alone in a yoga hall during a mass healing from Gulia of Santa Maria Del Sol. And I have been connecting to these thought traveling ETs for over 10 years now, and these three beings call themselves Ohom, an acronym for Open Hear Open Mind.

As always, I allow the possibility that Ohom, who I see at times as my higher hive self, is simply my own powerful and highly playful imagination at work. You see, I am not one of those New Agers who pretend to know it all. In fact, I really don’t call myself a New Ager as my consciousness work is a of blend of the old world and the new to come. Awakening at age 57 explains part of that fact. Plus what I feel is the earth manifesting a new group of trustworthy elders for the awakening of humanity.

I don’t really know or pretend to what my awakening is all about. One where I learned the power of love and brotherhood. I only know I am awake to the plight of humanity’s enslavement to the almighty dollar, a world choking on greed and pollution, a dumbed-down intellect that can no longer see truth, and that I am here to make my own small contribution to the real Great Awakening. Yes, the real Great Awakening, not the catchy title the Q psyop has sought to steal for it’s own nafarious purposes.

Looking on the bright and dark side of these strange times both at once, there’s little reason to fear a full blown civil war in a country that’s still so subservient to the ways of the white patriarchy. Nope, we Yanks are too comfortable, left and right, with our luxuries and toys to actually rebel IMHO.

Nor do I believe that violence ever leads to good. Still, Elizabeth and I support the imperfect #BlackLivesMatter with donations and free social media from BuzzBroz because our police need to rise to serving people of all colors and creed equally. In the words of the great Martin Luther King…

“We know through painful experience that freedom is never voluntarily given by the oppressor, it must be demanded by the oppressed.

The BLM protests are forcing long overdue change to happen. That change is small now but will grow greatly if the GOP can be pushed aside in the vote come November. Today’s protests are largely peaceful. Yes, things have gotten out of control at times. But an open heart will tell you that’s understandable given our black brothers and sisters seek to overcome 400 years a racial repression by our white Christian patriarchy. This generates a black anger that’s nearly impossible to contain.

Despite my firm belief that America is not heading for a new civil war some Q and Trump people want,  make no mistake that the agitators both within and without the country are a danger to the heart and soul of this country.

My advice as a newly awakened elder is that instead of overly chastising our brothers and sisters in the New Age and evangelical community, allowing that some chastising is indeed needed, have heart and show some love by helping them accept and understand  that they are lost in the flood of Russian, Chinese, and domestic Trump pysop.

Indeed, to protect our own Trump rejecting minds, while people we’ve adored in the New Age movement have been converted into ardent Trump and conspiracy theory share-bots, we must pare our Facebook pages down to as small a Trump contingent as possible, This lest we too be subject to the weapons grade social media that Mark Zuckerberg and his ilk are virtually doing nothing to prevent. See my post here on the blog FIGHT THE PSYOP to get ten tips on protecting your mind and spirit.

My love Elizabeth, a 17-year vet, a New Ager with values close to my own, has been in shock and dismay all week that even after the horrific revelation that Trump knew of a bounty on American Troops, and that, in perfect alignment with Putin and not his own intelligence, after a weekend of golf, proclaimed it’s all a hoax anyways. Despite all this Elizabeth was devastated that some of her dear New Age friends have not budged in their support of Trump.  Seems nothing short of nuke on New York might sway people from their crazy uncle in office. Nah, probably not at this point. 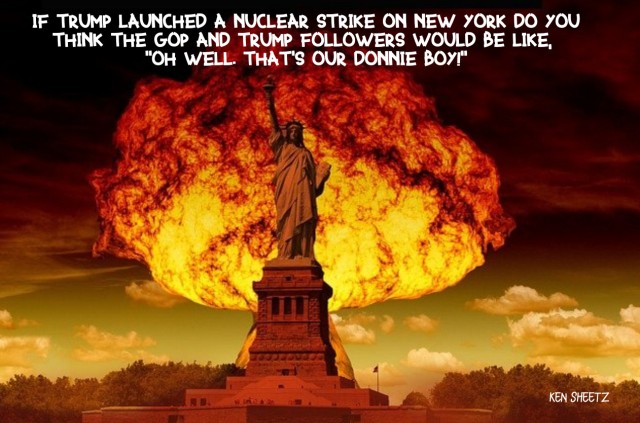 I theorize that the common denominator from what I see on social media is that there are a large number of anti-vax players in the New Age community and their passion for that cause that has many New Agers under Trump’s endless Russian style fire hosing. What each lose sight of is that Faustian bargains never generate good karma points or final outcomes.

Trump’s bravado, hollow jingoistic slogans, will not bring this country out of it’s dark night of soul. I invite you to join me and Elizabeth in setting the intention in the collective consciousness for a true awakening! Let’s make this time a truly great awakening grounded in the pursuit of life, liberty and happiness and dedicated the principle that all men are created equal.

Happy 4th of July, whether it’s holiday for you or not.  And here are some great speeches in case you’ve forgotten what good leaders sound like.