Already the #1 best-seller on Amazon before its original January 9th 2018 release, FIRE AND FURY, by Michael Wolff, is perhaps destined to be a historic book marking the beginning of the end for the Trump presidency.

The book released January 5th, four days ahead of schedule after Trump sought to block its release yesterday.  It sold out in less than 20 minutes after midnight at a DC bookstore where a line of eager politicos waited in the cold to be the first to own FIRE AND FURY.

Why am I so sure Trump is effectively finished as president? Two reasons.

One: Because Wolff had the full access of a Tom Yates level, an author character where art imitates life in HOUSE OF CARDS, to the reality show known as the Trump White House. What’s particularly damning is that the Trump administration players’ quotes that Wolff patiently gathered from Election Night through 2017, most notably profane gems from Steve Bannon, were captured on hundreds of hours of tape.

Two: I admit I am biased and I simply want this nightmare to be over. So I couldbe all wet on this.  I was furious election day.  I have disliked Trump dating back all the way to the 80s when I was something of a real estate mogul myself, building Oprah’s Harpo and a $162 million skyscraper.

The deepest Bannon barb from the book describes the Trump Tower dumb as dirt meeting between the president’s less than brilliant son Don Jr. and a group of Russians during the 2016 election campaign as “treasonous” and “unpatriotic.”  Trump’s reaction to Bannon’s quotes in the book might have looked like this art.

My opinion as a filmmaker that’s covered politics on film for over 20 years is that this tell-all of all tell-all books — compounded with the ever-widening Mueller Russia investigation — makes Trump a dead-as-a-cheeseburger-walking-president.

The history making book also recounts how Ivanka and Jared got drawn into all this by their aspiration for her to be America’s first woman president one day. She’s even quoted making fun of her father’s disaster-waiting-to-happen comb over.

I do want add to my post here after finishing the book that it ends rather weakly.  It’s almost two books and the ending reveals Wolff had more access to the toady Bannon than Trump. So what we have is dynamite first half a book, when Bannon was riding high, and Wolff had more access, followed by weaker second half where we see no deeper into Trump than a day looking at the news could give you. 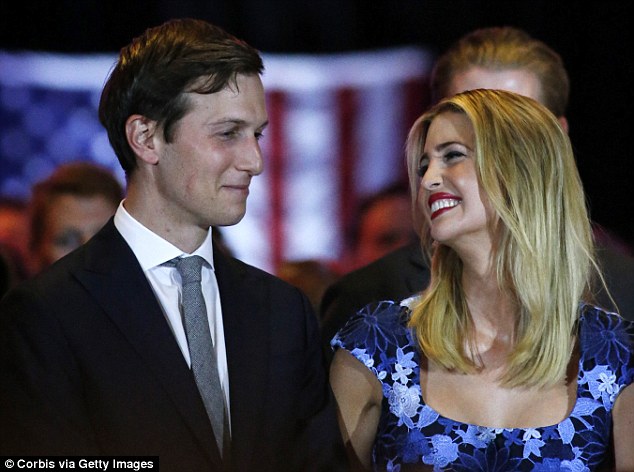 LOOKING DEEPER THAN THE BOOK

“So what does all the Trump insanity and decadence mean on a spirit plane?” I ask my ET spirit guide Ohom.  But it’s earthly spirit guide Robin Williams I first tune in on from the Pacific where he is a reincarnated female blue whale, “Told you Trump’s presidency would be hilarious, Kenster!”

Ohom sighs deeply, answering my call for clarity, “Robin is right.  Keep a sense of humor about it all, Ken. Trump is symptom of deeper problems in your culture as a whole that his leaving office will not solve.”

I telepathically answer Ohom, “Hard to swallow that when Trump is trying to provoke a war with North Korea to distract the people.”

“Trump has fulfilled his purpose to expose the dumbing down of your country, rampant racism, sexism, a corrupt congress, corporatocracy and more. His work is done even if he still uses your insane legal system to tie up his dismissal  until the end of 2020.  Meanwhile, fulfill your mission. Keep sending him and he supporters love as you did at his inauguration,” says Ohom, echoing in my mind with that cool reverb effect his inter-dimensional communication creates.

“I’ve been wondering why you sent us to Trump’s swearing in, Ohom, ” I say over the web here and in my mind with no small amount of annoyance, realizing this has been blocking my connection to Ohom of late.

“Same as I always tell you, Ken.  When you ask me over and over again. Hold a space of unconditional love in the midst of the field hate and rage. That’s mastery,” says Ohom sounding a bit more testy than I’ve ever heard him.

“Wait.  Hate and rage equals ‘Fire and Fury.'” It’s all starting to fit.  Sorry to be so dense. Ok, Ohom my new old/friend. I’ll promise to keep holding a space of love that will help bring a peaceful end to Trump’s hopefully short presidency.  Um, even though that’s hard as hell at times.”

My past life Hopi self, Laughing Skies, adds with a chuckle, “Hard? Why hard, Ken? Trump is simply a symbol of the dying energy of the old ways that destroyed my people,” sounding quite amused at my difficulty mastering the chaos of the Trump shift.

“You won’t be laughing if a desperate Trump starts a war with Kim Jung Un,” I grump inwardly.

“Ha! Trump and Un are already as dead and one corpse cannot kill another,” says the Hopi shaman I once was.

I decide I am not going to win this debate over Trump and all he represents, so I fully my consciousness return to this sunny January 4th 2018 at my trusty Mac.

Well, dear reader, I don’t take comfort that Zombie stories did not exist in Laughing Skies’ time 1000 years ago here in Sedona where many, besides me, thankfully meditate for peace in these troubled times. But here’s to hoping my guides, cosmic and earthly, are right.

Posting some comic relief for Robin: